In the Summer months we meet at the Henley Community Nursery (see map below) to propagate rare plant species while Autumn, Winter and Spring will see us in the dunes weeding and planting. We meet in the main southern car park on Military Rd (see map on the Home page).

We usually start at 10 am, and finish at 12 pm. If the weather is reallly hot, we may start earlier.

Our Activity Calender has the sort of specific activities we might do in any given month.

The Henley Community Nursery is on Atkin St, Henley Beach. Entry is via the Henley Memorial Oval carpark (turn right and it's at the back of the carpark). 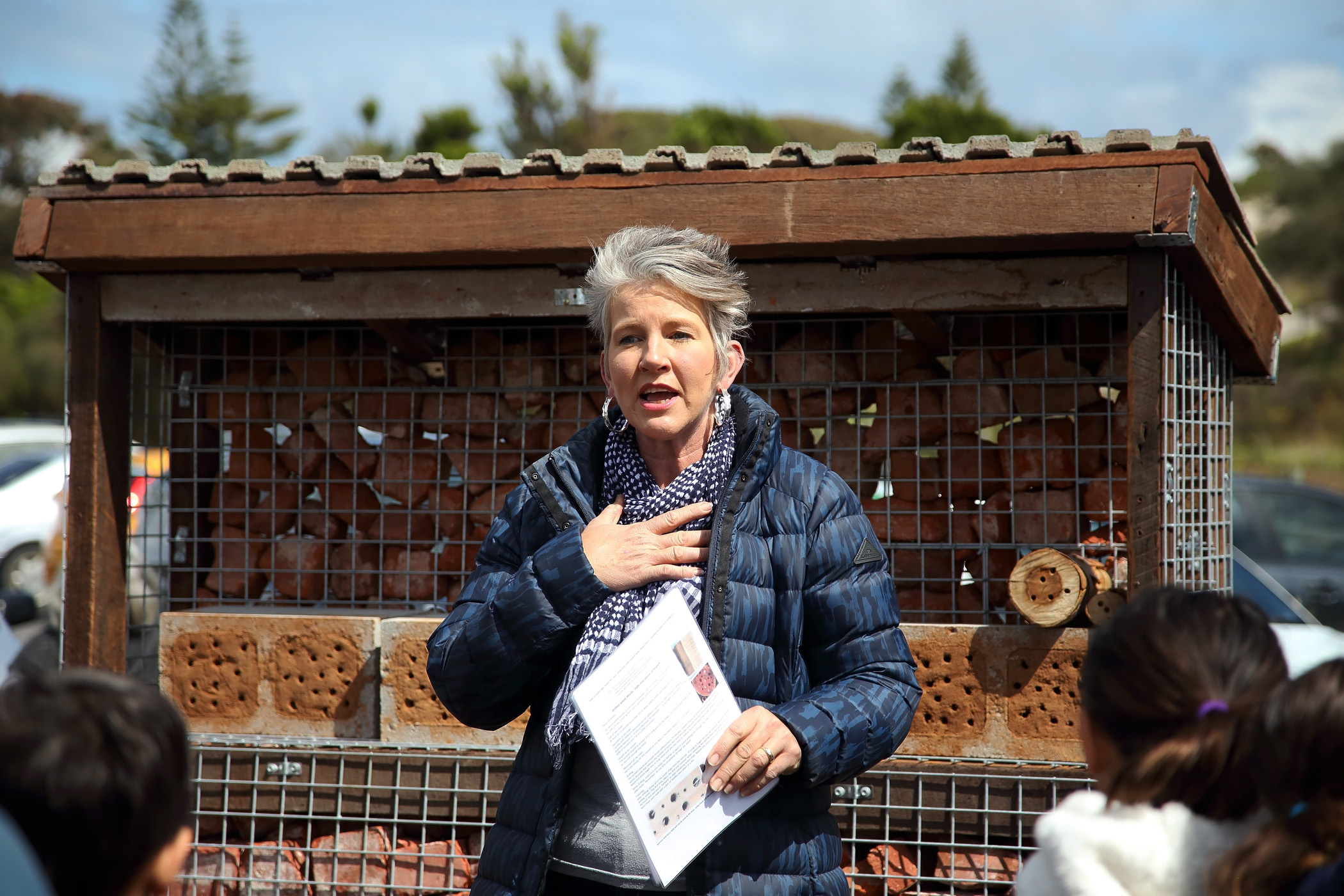 Perhaps the most exciting was Sophie Thomson who led a group of young people to construct our very own native bee hotel.

Many thanks to our expert tour guides for their time, to the many volunteers who helped run the day and specifically to the West Lakes Kiwanis, Animals Anonymous, Bugs n Slugs, the City of Charles Sturt and Natural Resources Adelaide and Mt Lofty Ranges for their kind support. 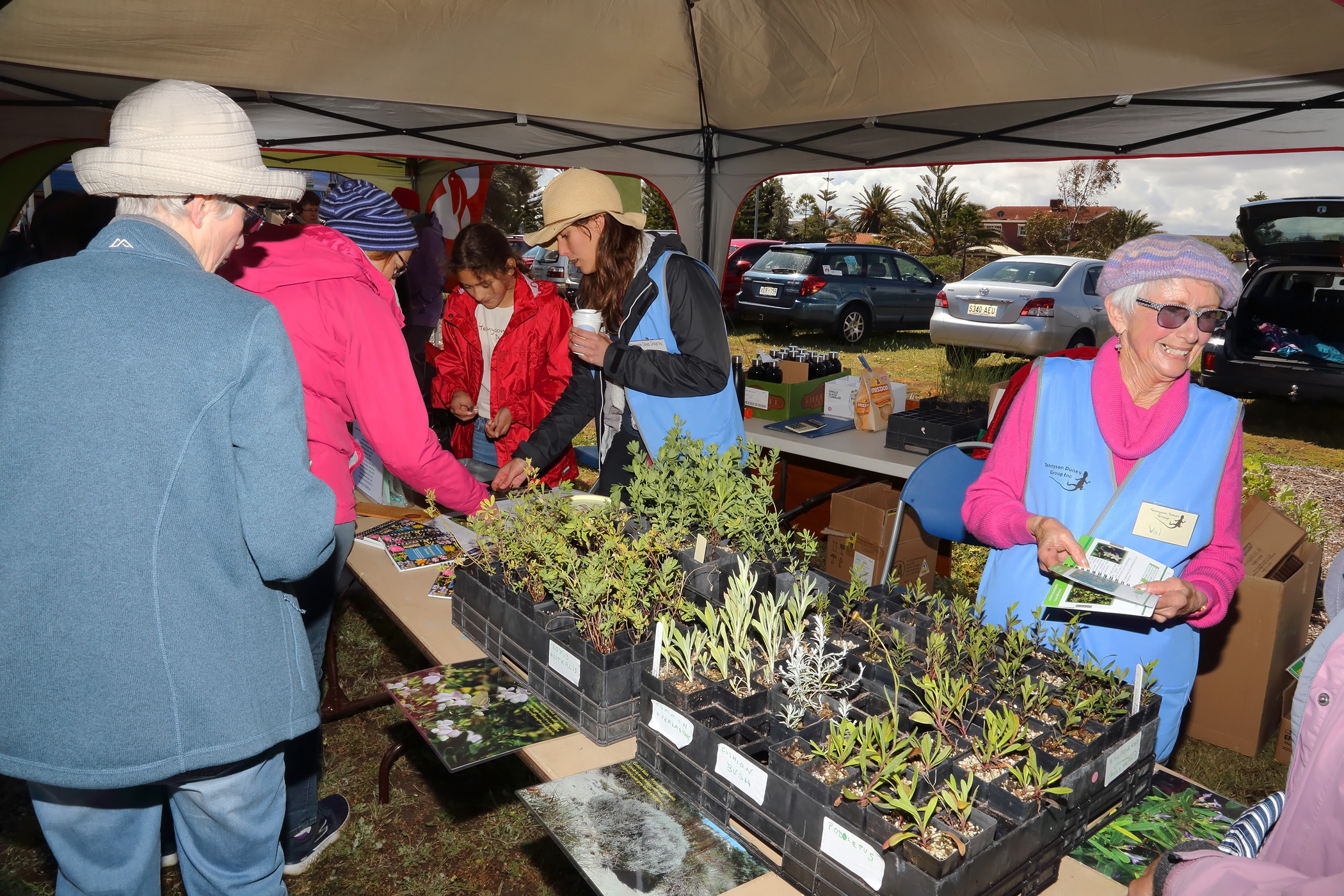 Another great year at the Tennyson Dunes Open Day, with expert tours and talks by Ali Ben Kahn, Victor Gostin, Jason Quinn, Tim Milne, Sarah Telfer, Christopher Naylor, Catherine McMahon and the Malacaological Society who ran beach combing tours along the foreshore. This year was also our first ever Mini Bio-Blitz, where tour participants were able to help scientists gather information on plant and animal species in the dunes. The data collected is going towards our knowledge base of the dunes and will help us manage them for the future.

Many thanks to our expert tour guides for their time, to the many volunteers who helped run the Bio-Blitz and specifically to the West Lakes Kiwanis, Animals Anonymous, the City of Charles Sturt and Natural Resources Adelaide and Mt Lofty Ranges for their kind support.

This year, not only were visitors treated to guided tours with our ecological experts, coastal kids activities and a market fair, but they also got the opportunity to see the newly constructed Tennyson Dunes Discovery Trail. The trail has a new smart phone app, which you can download from whereever you get your favourity apps. Just search for "Tennyson Dunes Discovery Trail". 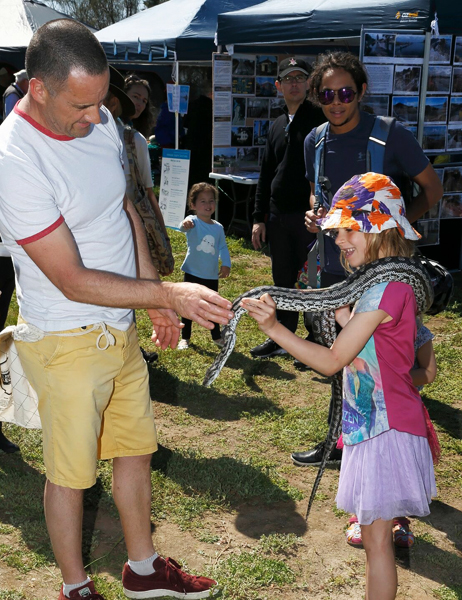 We celebrated our 21st birthday in style, with over 300 visitors attending for expert guided tours, coastal kids activities, market fair and the launch of our new plant book. The day also commemorated the one year anniversary of the dedication of the Tennyson Dunes Conservation Reserve.

The highlight of the day was a Kaurna smoking ceremony and dance by Karl and Karno, together with a dedication by the Minister for Environment Hon Ian Hunter MLC. The Minister declared the Tennyson Dunes a conservation area under the Crown Land Management Act in recognition of its importance in protecting the state's coastal biodiversity. 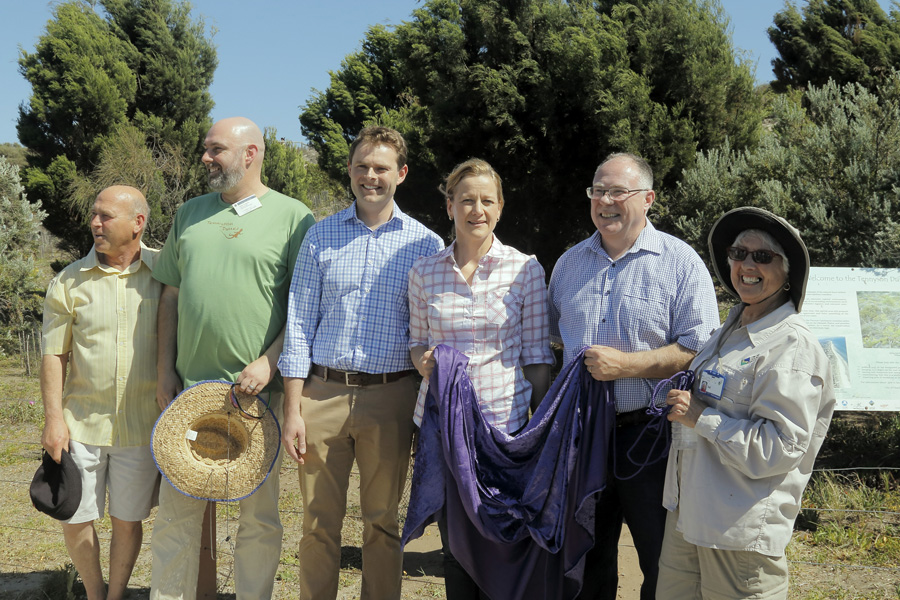 Every Spring the Tennyson Dunes Group hosts the annual Tennyson Dunes Open Day. It's a great way to learn about your local dunes. 2014 was no different, with expert guided tours from Neville Bonney and Karl Winda Telfer. It was a huge success with over 200 visitors attending throughout the day - more than double the previous yesr's count. It just goes to prove that this rare gem in Adelaide's coastline is very popular and worth protecting.

The Tennyson Dunes Group held a public forum on Monday 25 November 2013 to discuss the potential for dedicating the Tennyson Dunes for conservation under the Crown Land Management Act 2009. It was standing room only with over 80 people in attendance, including Mark Parnell from the Greens, Michelle Lensink Liberal Spokesperson on the Environment and the now local member and Labor Minister, Stephen Mullighan. Everyone present agreed that the dunes should be protected for future generations. Moreover, we had over 1000 signatures to the petition calling on the Minister for Environment to act to protect the dunes.

With such a show of support, Minister Hunter was keen to protect the dunes and is working towards it. We're very grateful for his support as well as that of all three major parties. Watch this space for news on the progress of protecting the dunes.

On Sunday 18 November 2012 the Coastal Ecology Protection Group hosted a talk by Dr Vic Semeniuk on the formation of Adelaide's coastline and why the Tennyson Dunes are so important geomorphologically. It was a great event and Vic gave a fascinating talk. About 50 people packed into the Rowing Centre at West Lakes to discover what Adelaide's western suburbs used to be like.